Sapere aude - Dare to be wise 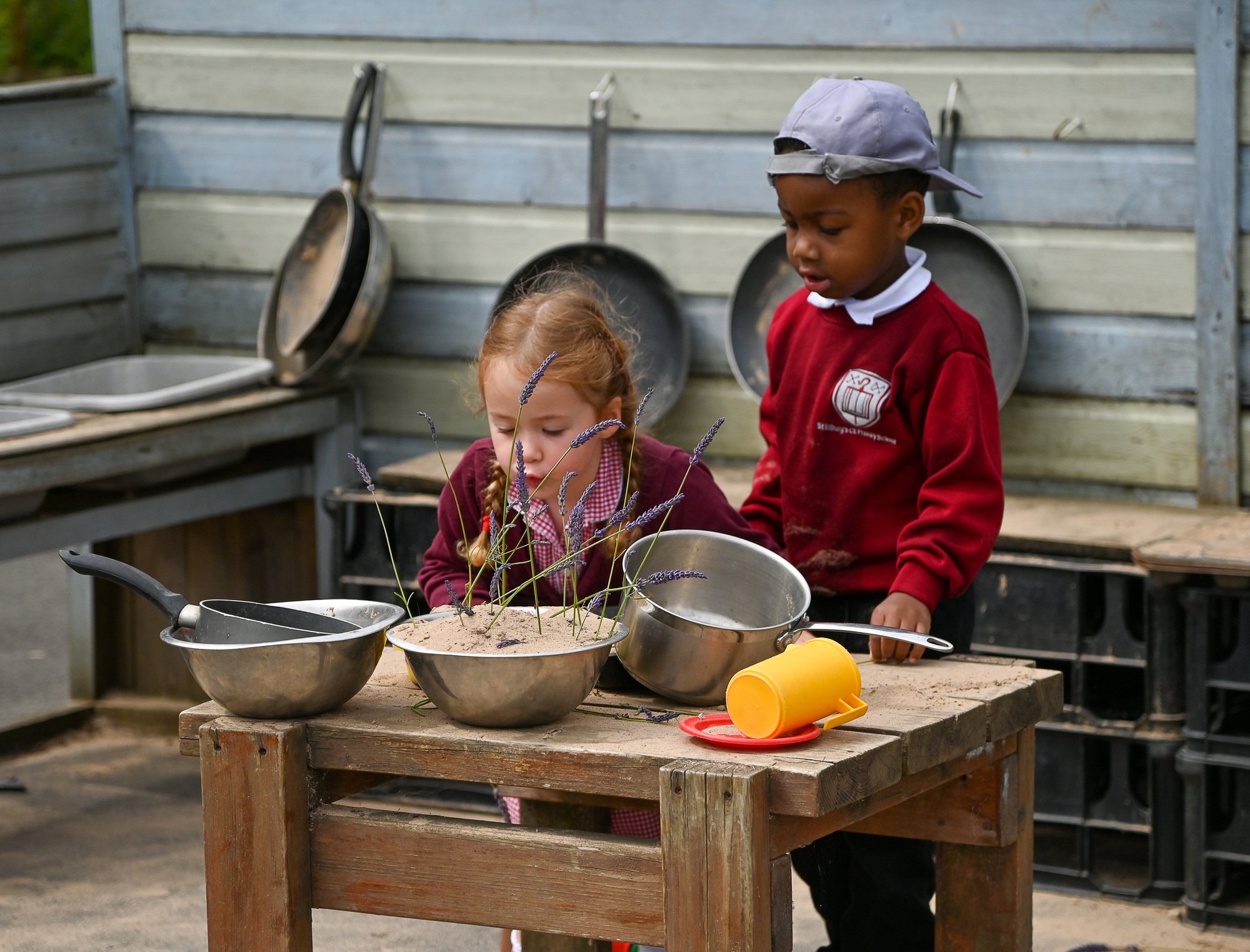 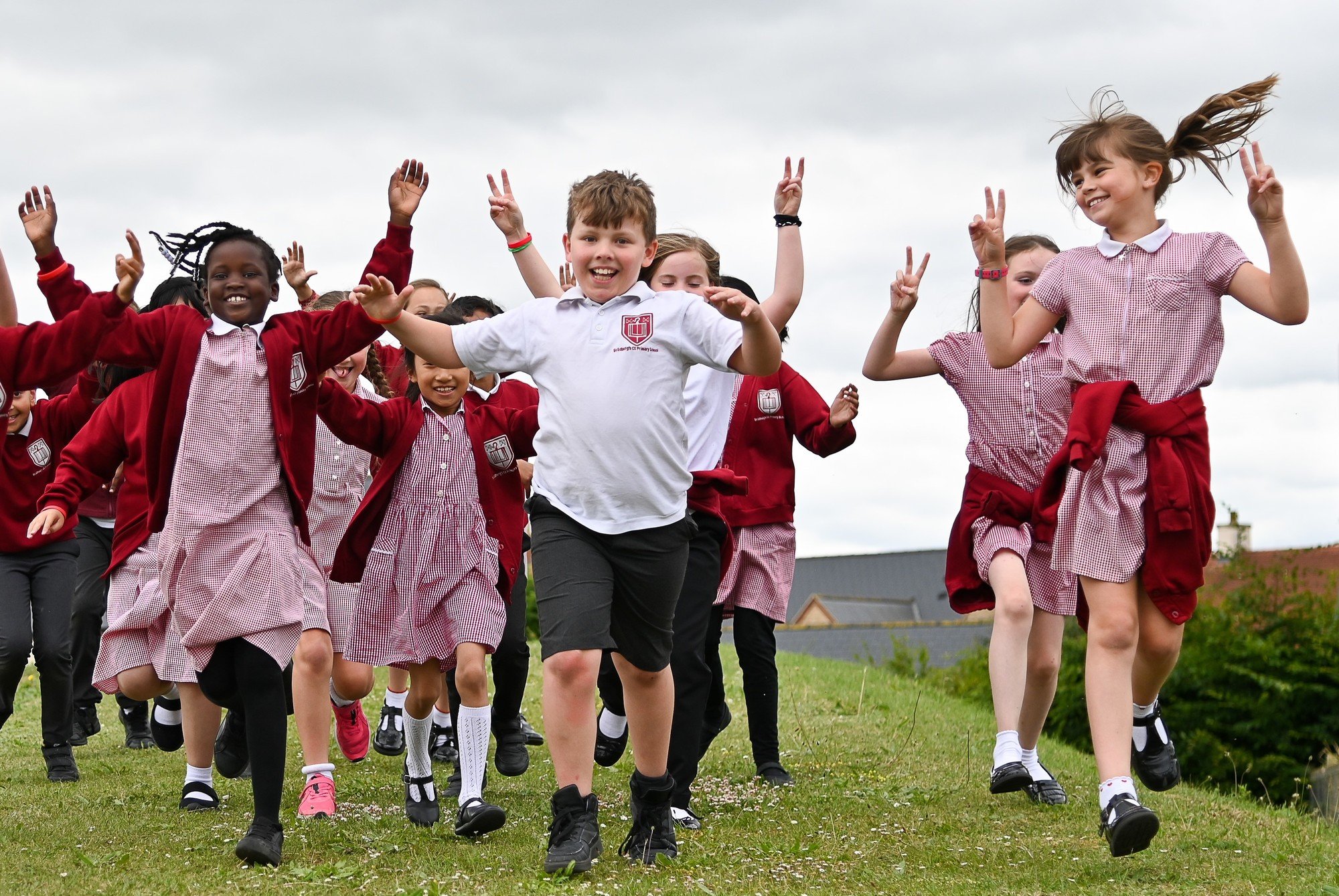 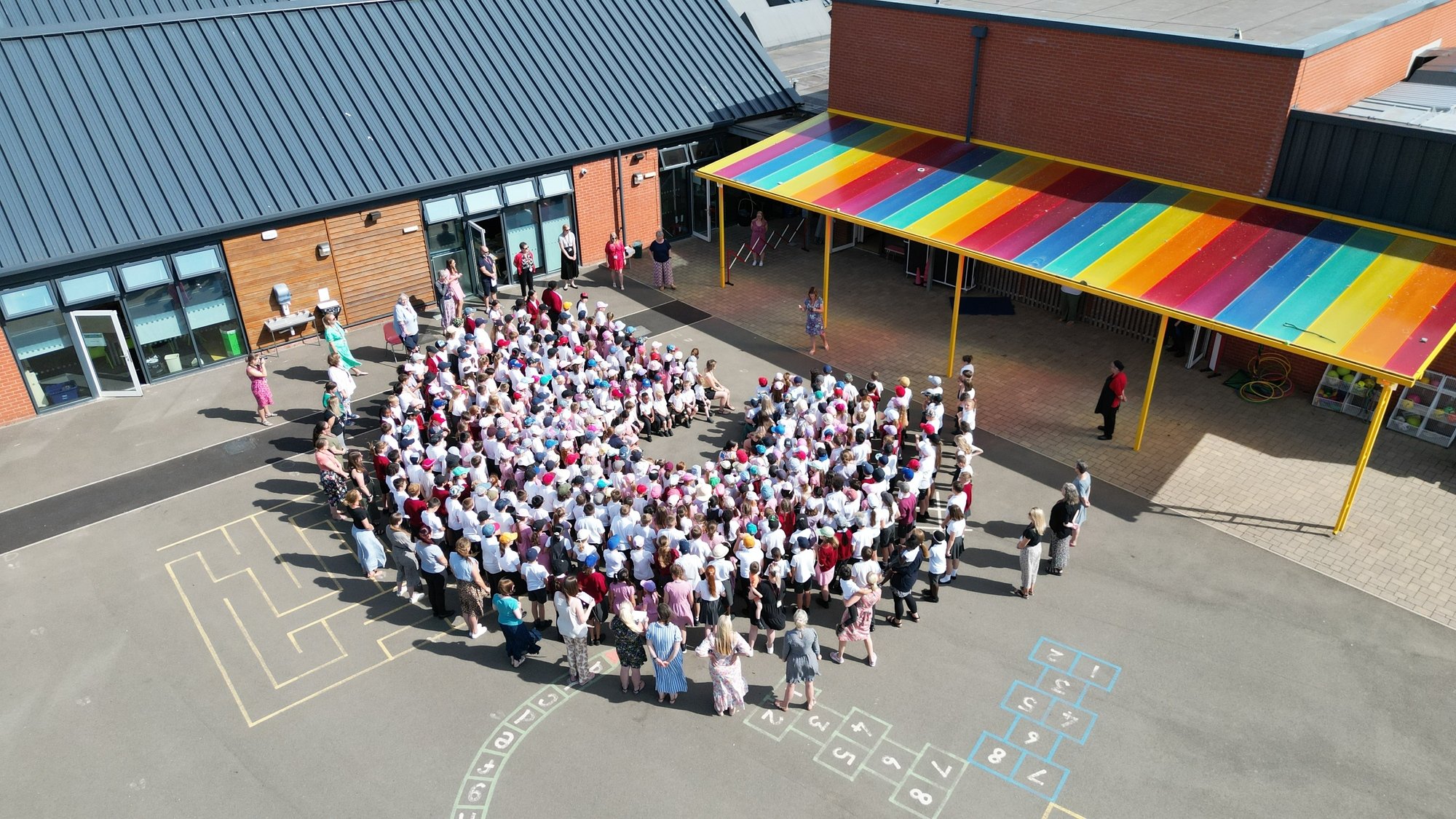 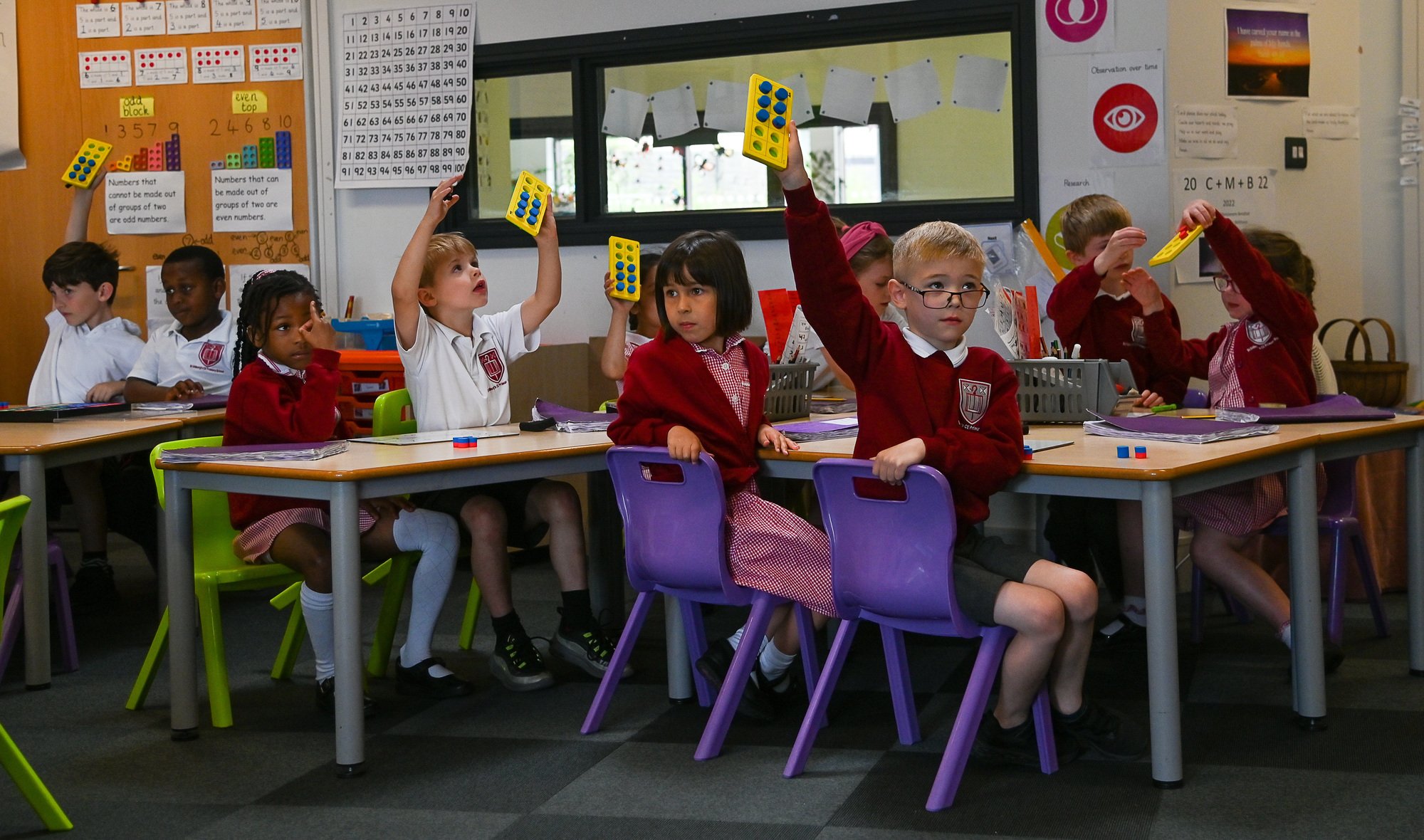 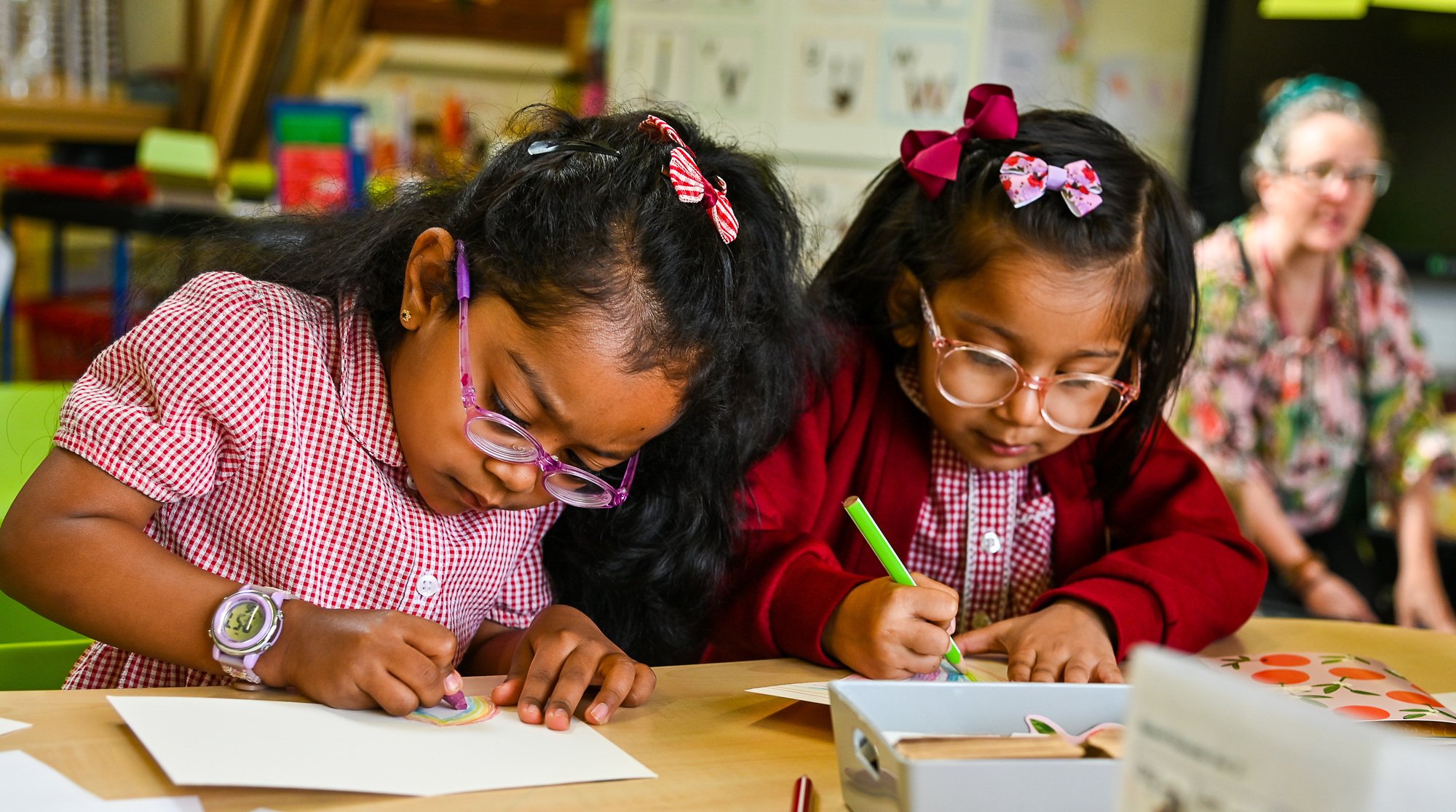 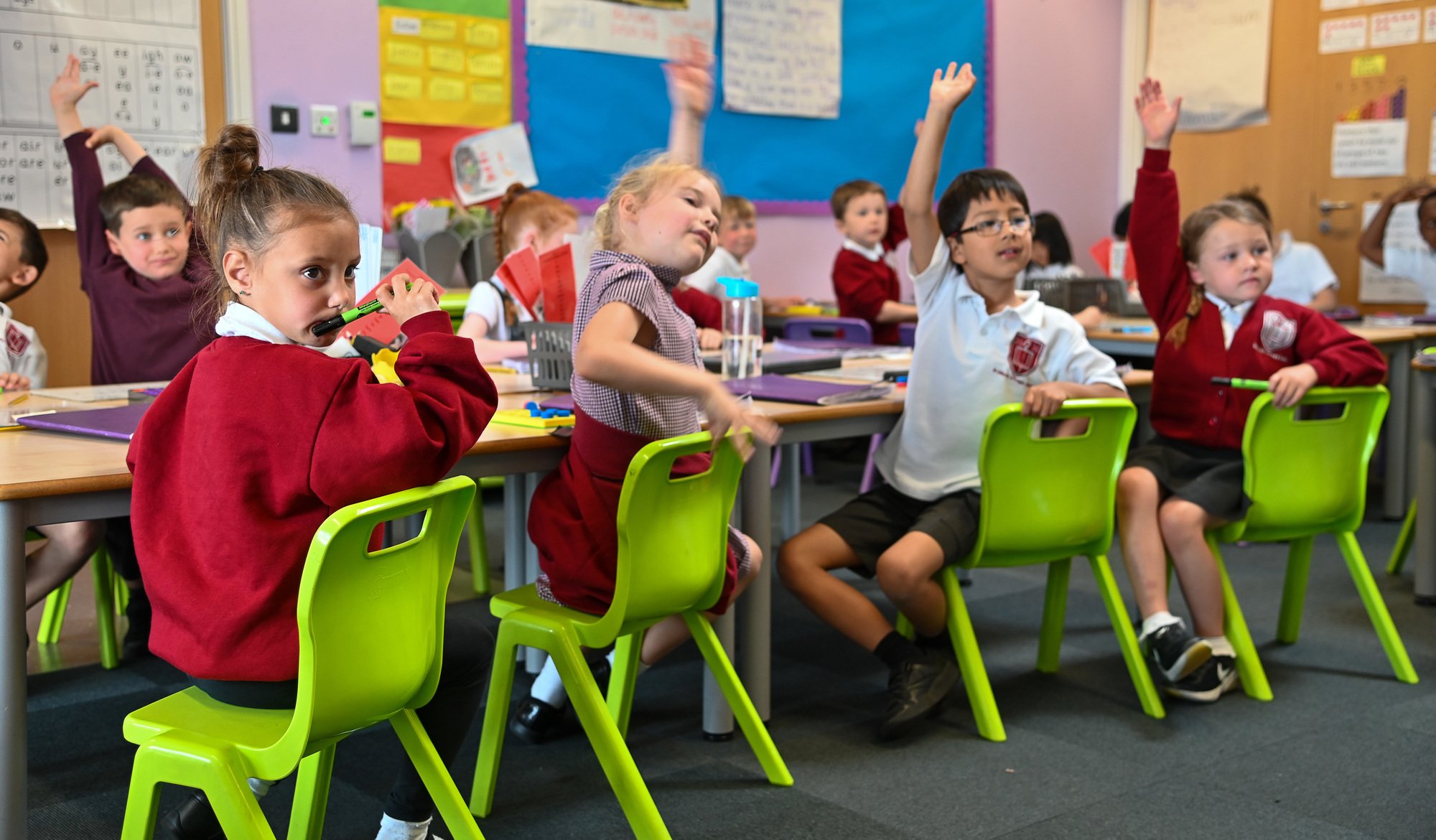 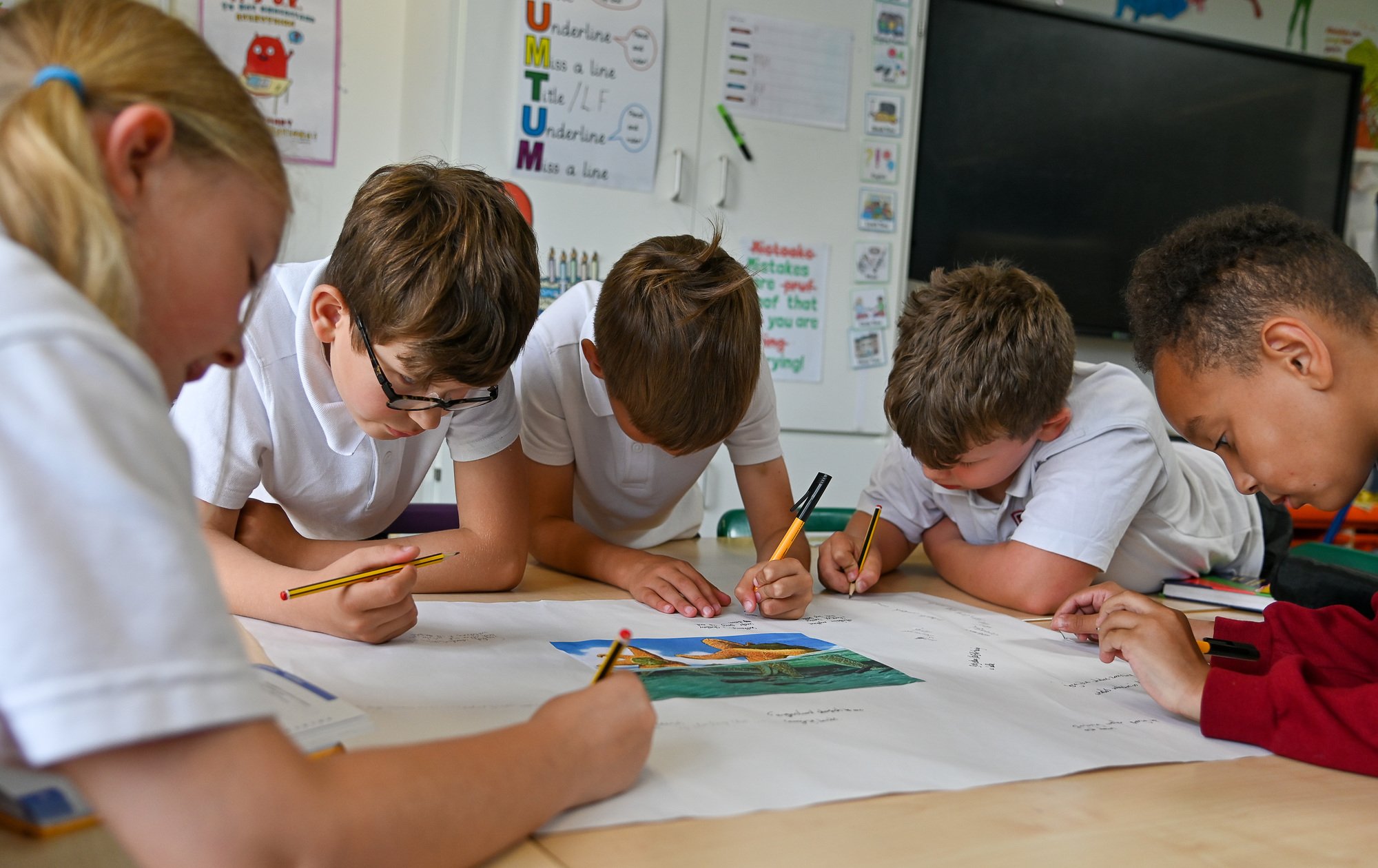 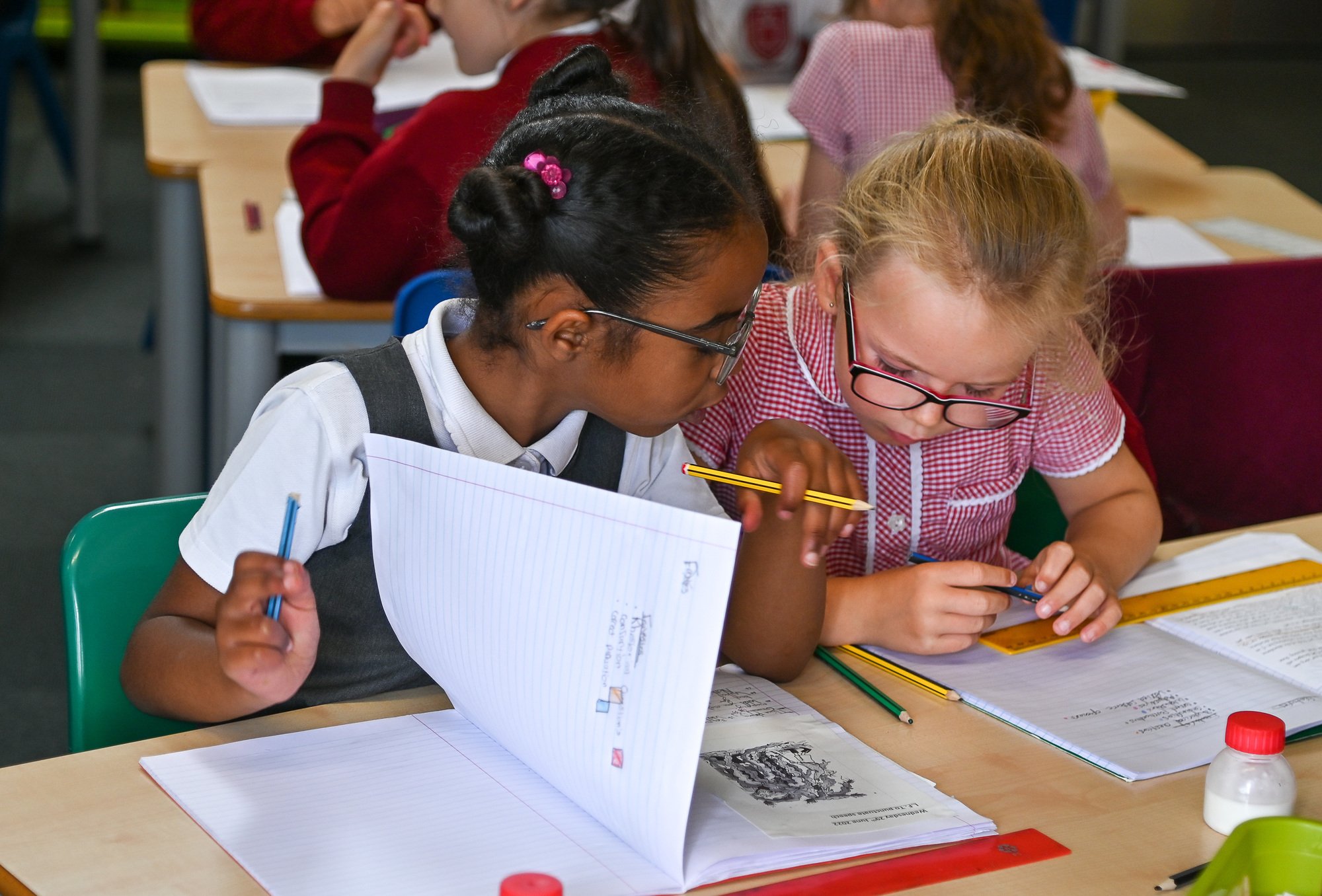 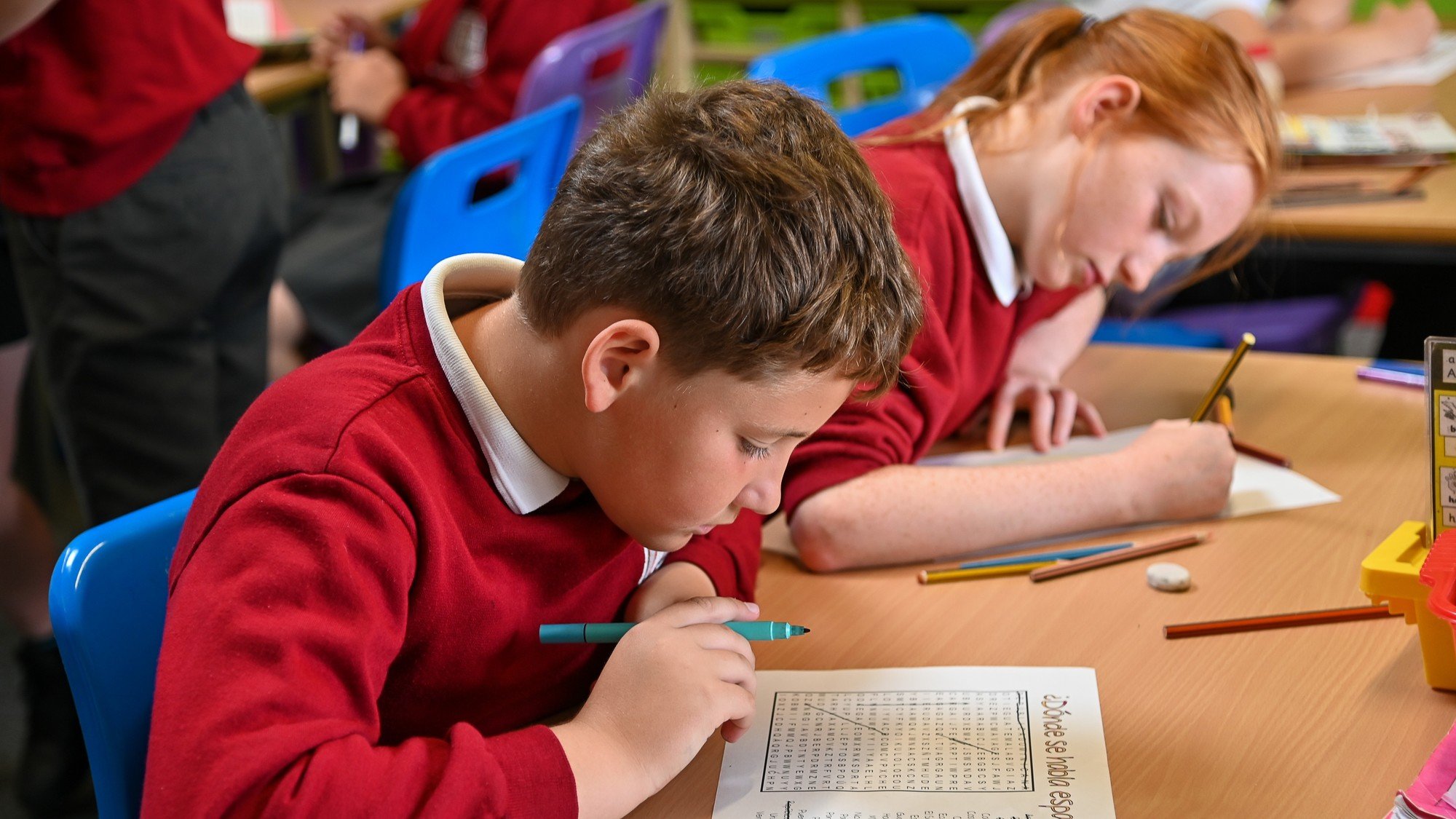 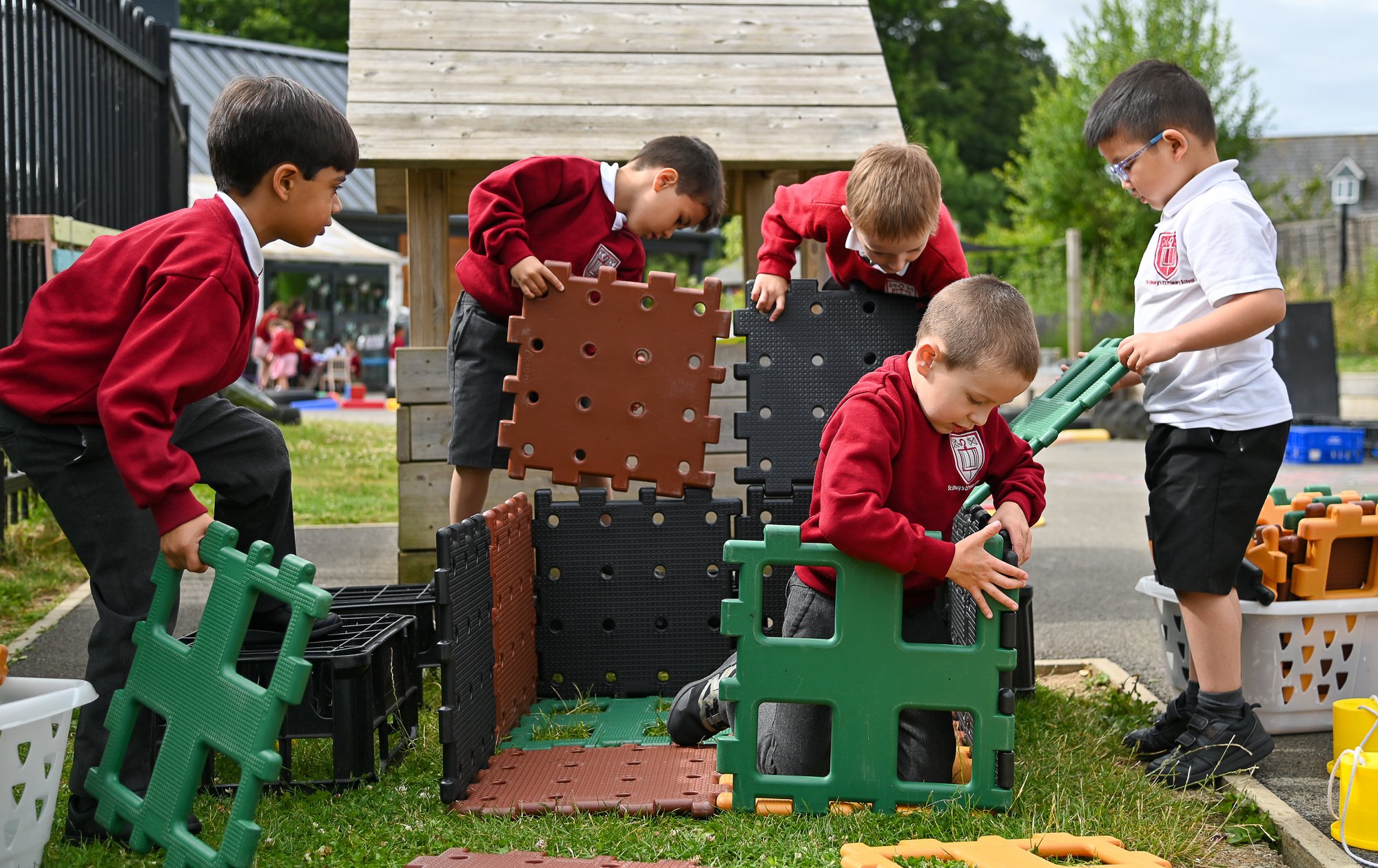 The Rev. John Watts, Vicar of St Edburg's, was the Chairman of the Committee to plan and build the school. His name was inscribed on the Foundation Stone which was laid in July 1858.

The school was originally housed in what later became the hall. This room was divided into two classrooms separating girls and boys who also had separate playgrounds!  The Master lived in the school house.

In more modern times the school became Bicester Secondary School. In 1953 the Secondary School moved to the site now occupied by Bicester School and St Edburgs's continued as a Church of England (Aided) Primary School, benefiting from an extension in 1972 and extensive rebuilding that opened in 1994. The school's substantial new extension incorporated the older buildings as well as offering an open ‘shared area’. An artist’s impression of the original school in a style typical of its day with high, gothic windows and separate entrances for boys and girls. 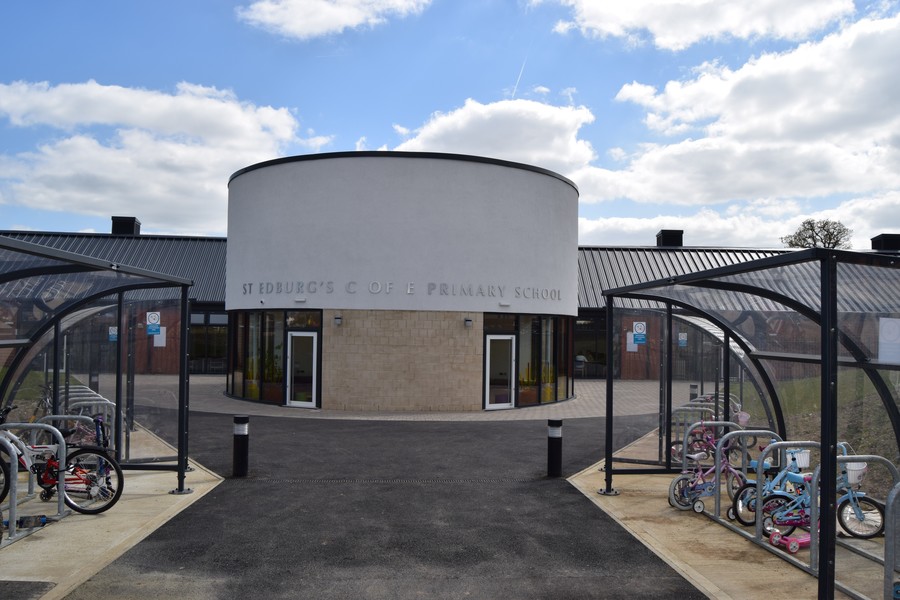 Over 150 years after the school was first opened, it was agreed that the new school planned for the Kingsmere site should be St Edburg’s School.

It took over eight years from that agreement to the opening as the down turn in the housing market caused long delays. However, the great day came in January 2016 when finally, the children and staff began a new chapter in a wonderful new building!

Our school has grown from single form entry to two form entry with a 52 place nursery.  The design of the school looks like an angel and is facing out onto the community. We like to think that our school is embracing the community that it serves and is announcing that here is a place where children are valued and loved, and where learning is tangible!

What next for our school?

By September 2021 we will be a fully formed school and have 14 classes as well as the nursery. In November 2020, the Regional Schools Commissioner approved the proposal to expand the school across 2 sites. This is very exciting! A new building will be built on Phase 2 of Kingsmere and this is where our youngest children will start their school time at St Edburg’s. Planning is at an early stage but we’re already keen to ensure that the environment supports early development and need with lots of outside learning spaces. The existing site will be slightly adapted to offer some specialist teaching spaces including IT and Art. We hope very much that this next phase will be ready by September 2023. The school will then grow from 2 form entry to 3 form entry.

We have strong links with St Edburg's Church in Bicester where our children regularly attend services.  Information about St Edburg's can be found here

We use necessary cookies to make our site work. We'd also like to set optional analytics cookies to help us improve it. We won't set optional cookies unless you enable them. Using this tool will set a cookie on your device to remember your preferences.

Necessary cookies enable core functionality such as security, network management, and accessibility. You may disable these by changing your browser settings, but this may affect how the website functions.